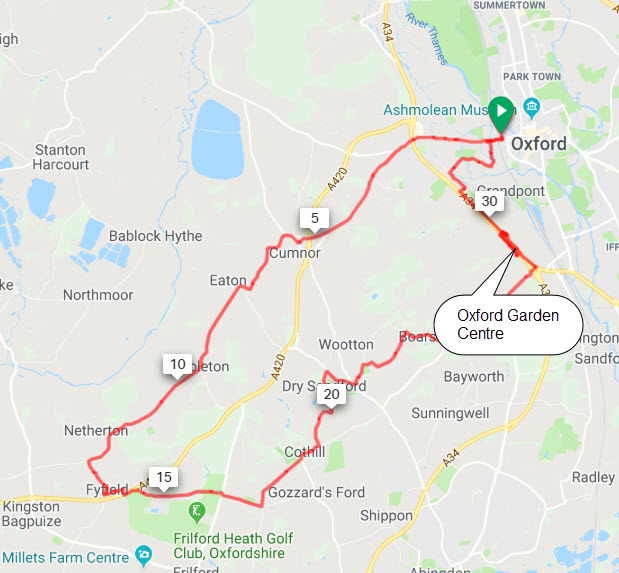 Another go at a long loop to the garden centre at South Hinksey, taking in Boars Hill

While others played away, seven members took advantage, on a glorious, sunny autumn morning, of a short spin out west led by Stephen Lee.  After the previous days’ persistent rain, slippery leaves and some standing water were to be expected, but not the flood, as we turned for home at Fyfield, in the A420 underpass. Axle-deep and still sinking, everyone teetered briefly – what lay in the depths ahead? – and at least two riders emerged reflecting on the benefits of waterproof socks.

After such excitement, Old Boars Hill held no fear. It was taken gently, without fuss or braggadocio, before the descent to coffee at the Oxford Garden Centre, South Hinksey. The brownies and flapjacks were fine, and though the cheese scones were dry and not a patch on Waterperry’s, this meant little, it had been a delightful and memorable ride.

Sunday ride to Woodstock and Finstock