Sunday ride to Benson and Chalgrove 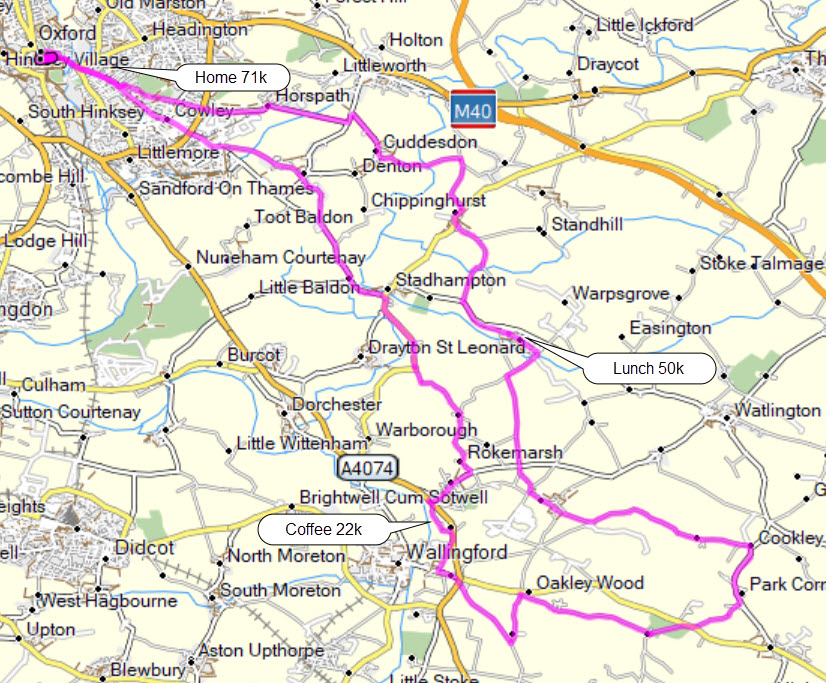 Heading south east with some modest hills (Garsington) on the way to coffee at Benson, a big hill up then down to earn your lunch in Chalgrove. Some morning sized hills to get you home.

Ride leader’s report
It must have been our lucky day. The weather forecast was for strong gusty wind, boarderline on cancelling the ride. Sunday morning dawned with barely a quiver on the branches in the garden. After punctures in the last 2 Sundays, and the puncture fairy apparently working overtime on the midweek ride, the fairy had a day off and we were puncture free.

After picking up a few people on the way out of town, we split into 2 groups as we left Oxford. With the weather better (warmer, less windy, dry) than everyone expected, we made a hilly route (via Garsington) to coffee in Benson who copped with tthe numbers easily.

With varying amounts of surface water from the previous week’s rain, we went up into the Chilterns, followed by a pay back descent into Ewelme, soon after which we saw the local tandem group (for the second time) cycling the other way.